There is so much to do at the moment and there are a lot of plans etc. These are going to take time to blossom so i'm taking a break from posting until I can report on the outcome of plans. Thanks for reading and I will spread the word when the next post is up.
Posted by Steven J. Guscott at 06:08 No comments:

This week I have copy and pasted the articles that were out recently in local papers. I am grateful for the help the local papers have given and hope you enjoying the articles that have been written.
Wee County News/Allan Water News
PASSION FOR SUCCESS: Concierge Steven Guscott with his first-ever novel
by NICOLE REID
A man has been juggling his concierge service skills with his creativity to write his first novel. Steven Guscott, 23, has written The Journal of Fire – the first in his fantasy series entitled The Chronicles of Elementary, The Micro Circle. After spending four focused months creating and writing the novel, he is hoping to get feedback from around the Allanwater area before he gets cracking with the next five. Working as a concierge, the former Wallace High pupil found ideas came to him in the middle of the night as he body clock adjusted to night shifts. He created characters who will feature throughout the series – and has conjured up ideas for every novel. To get the first one off the ground, he designed artwork for the cover and has put copies online while he gathers local interest. And he hopes this is just a taster for bigger things as enjoying his first writing experience so much has encouraged him to follow a different career path. With aspirations to work in sport after his love of football stemmed from an early age, he went to the to complete a degree in sport. Living in and studying his first love, he gained a number of injuries which gave him more time for his other hobby, reading. His passion for English started in High School where, inspired by his teacher, he began to enjoy writing. And to improve his skills and get guidance to go foward with his next books, he has applied to to start an English degree in September. Steven told the Allanwater News: “I look back and think of that child who loved football and nothing else and think of the man I am today, and how different they are. “What changed me? It was not the events, but how I reacted to the events that changed me. “I always tried to make the most of the hand life gave me. I found other things to enjoy, other things that have taught me much about life and my own abilities. I had this new drive to succeed and to gain a better life for myself through writing.” He added: “Who knows what will come of it? I personally believe I will be very successful from it. I have moments of doubt but all I have to do is look over my work and I know somewhere out there are people who are going to love this story. I have such a strong desire for all forms of success and have already had many.” The book is available online at www.northhighlandpublishing.com and the hard copy can be bought from www.stevenjguscott.bigcartel.com.
Alloa Advertiser
This is the article written by Jamie Mcdonald for the Alloa advertiser
Would you read a forbidden book containing secrets on the future?
The conundrum is one of the choices given to Dragatu in the debut novel
The Journal of Fire by Steven Guscott.
Based in a world similar to Earth, the story charts the progress made by
the main character and his brothers as they try to help and save their
people.
He might be just one book in to his writing career but Steven (23)
already has plans for another five novels to follow up the Journal of
Fire and complete his Chronicles of Elementary series.
He told the Advertiser, “It is a good fun story with religious symbolism
and it is written in layers. It could be read by someone in their mid to
late teens and they would enjoy it as much as an adult.
“If you want to look into it more deeply there are basic themes of
choice which we all have to deal with and how power shapes the world.”
Steven, who works as a concierge in Clackmannan, took to writing
following a bout of illness last year.
The idea for his story came to him by first coming up with the name for
his main character.
“Dragatu came from combining the word dragon with an older style of name
and then it spiralled from there,” said Steven. “I took aspects of
different books I enjoy as well as some original ideas.
“Within four days I had written 20,000 words on where the story could
go, and from that I started writing the book. It is almost scary how
easy it was and it was good fun to write.”
It is still early days as far as feedback is concerned but Steven has
been encouraged by the comments received from those who have read his work.
He said, “All the reviews have been very positive. One person had said
they had read it whilst they were recovering from an operation in
hospital and I was really touched with her comments.”
The Journal of Fire is available to buy from
www.stevenjguscott.bigcartel.com or follow Steven’s blog at
http://stevenjguscott.blogspot.com
Posted by Steven J. Guscott at 06:11 No comments:

For those who have been following my blog the good news is that local newspapers have been helping me with publicity. This week the Alloa Advertiser and the Wee County News/Allan Water News have done articles on my book and I am very grateful for the help they have given me.

If you are a new reader who has seen these articles and  you are interested in finding out about my book then I want to say hello and thanks for taking a look.
The blog itself is a record about all that I have done and experienced since I started writing in January 2010. If you want to learn about this then I recommend you go to the first blog update titled "A Long Genisis" and read through the updates.
If you just want to learn more about the book itself then I suggest you go to www.stevenjguscott.bigcartel.com or click the link to the right titled  "hard copy for sale." This is where you can find the book for sale and a synopsis of my first book.
Please follow the link and take a look at the summary if nothing else.

All I ask is that you give it give me a chance. The story is a fun story that I believe the majority of people will enjoy. It is a bit different but I see this as a good thing as its originality will hopefully capture your imagination.

Thank you for taking the time to read this and for taking a look at the book.
If you wish to get in touch feel free to leave comments here or on the facebook page that is linked on the right under "comments/feedback from readers."
Posted by Steven J. Guscott at 02:02 2 comments:

So I am taking a week off as I am true believer that taking a rest from things every so often is healthy. I recommend that you do the same and go enjoy the sun or just watch a film if you can. Do something you find fun and relaxing is my philosophy for today :).
Next week will be full of exciting news and cool stuff. I cannot wait to tell you all what it is :)
Posted by Steven J. Guscott at 06:32 No comments:

Drawing
Writing has become such a big part of my life but hand in hand with this is my love for drawing. Today I want to share some of my drawings as they are taken from the book.

History
At different points in my life I have drawn a little bit but never to the level I do now. This really peaked after the ideas for the books came.

Skill
I have never been great at drawing and see myself as a glorified doodler and defiantly not an artist. However I love it and I saw how drawing could become part of my books so decided to incorporate it into the stories. I knew that with practice I would improve and I know that I have. I also see a lot of the ideas in my drawings as a skill and even though they are not technically amazing I am proud of the ideas behind them.

Style
I am trying to do a different style for each book and for book one the style is suppose to be gritty and almost dirty, as if the drawer has a hard personality and rushed the drawings. A few of the drawings are in a clearer style because they are a symbol of a person or because I felt it would look better the way it is.

Chapters
Most of the drawings are about an event in each chapter. I have left most of them out of the hard copy of the book but a few important pictures feature in it. For those that have read the book and not seen the art work this will be good for you to see.
Any comments on the art work would be greatly appreciated. You can do that here or at the facebook page.
For the facebook just type "the journal of fire" or "the chronicles of elementary" into the faccebook search bar if you haven't joined up yet.

Doodling
I just love that this gives me another creative outlet and i'm so thankful for the ideas and all the doodles that I have done for this and future books.
Below are all the drawings for book one and when book two becomes the subject of my blogs I will share those doodles and so on unitl book six.

Dragatu's Vision Of The Creator's Sword 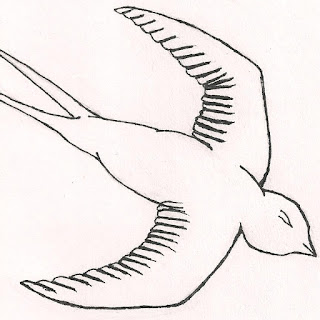 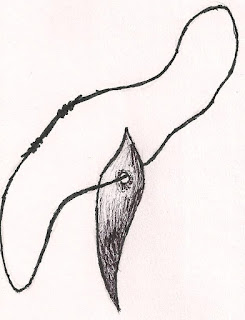 Phoenon's Vision Of The Creator's Braclet 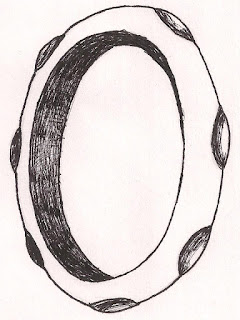 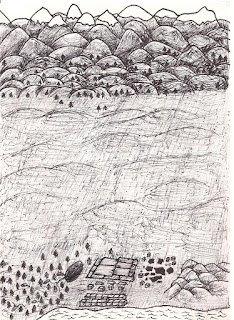 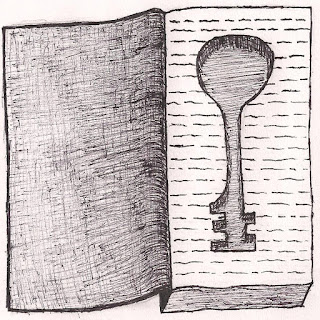 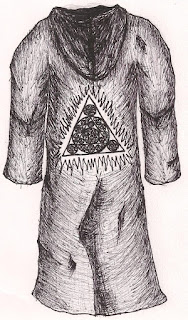 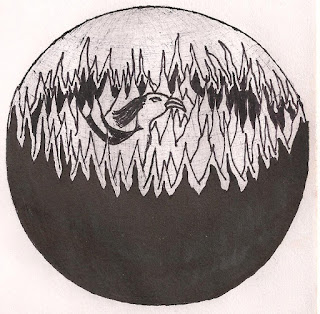 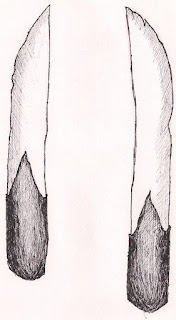 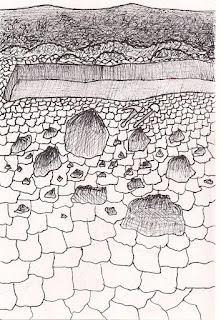 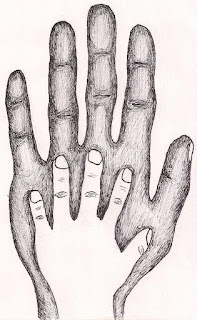 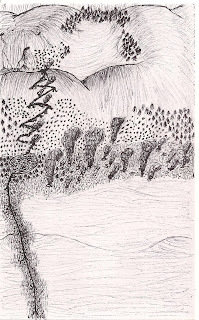 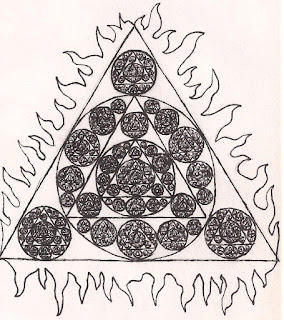 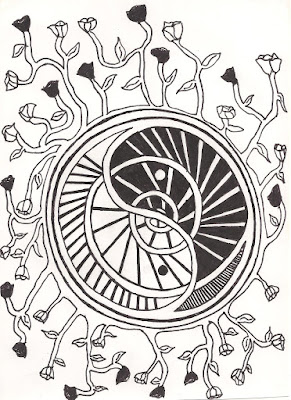 Steven J. Guscott
I have two blogs at the moment. The first is 'Writing about Writing' and is a record of my adventures trying to become a successful author. The second is 'Mental and Physical Health,' or maph, and is about my own experiences with mental and physical health. Feel free to browse either.